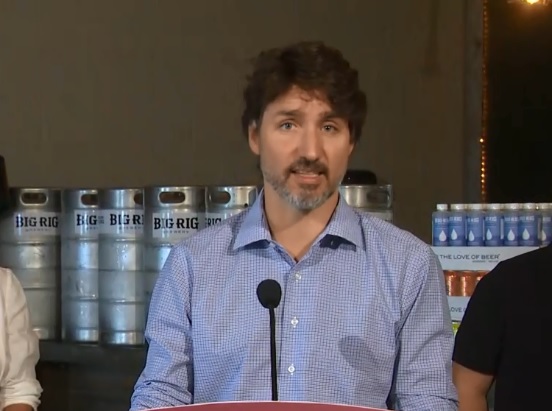 The Prime Minister delivered his daily briefing from a brewery in eastern Ontario.  Justin Trudeau used the backdrop of Big Rig Brewery to highlight the company’s use of several federal emergency aid benefits.

The company shut down at the beginning of the pandemic, but soon shifted to delivery and then began to produce hand sanitizer.  The owners used both the wage subsidy and the Commercial Emergency Rent Assistance and have been able to hire back most staff.

Trudeau said yesterday that Canada is now producing so much personal protective equipment that the country is almost self-sufficient.

He also announced that the military will be removed from long-term care homes in Quebec and the Canadian Red Cross will take over until September 15th.