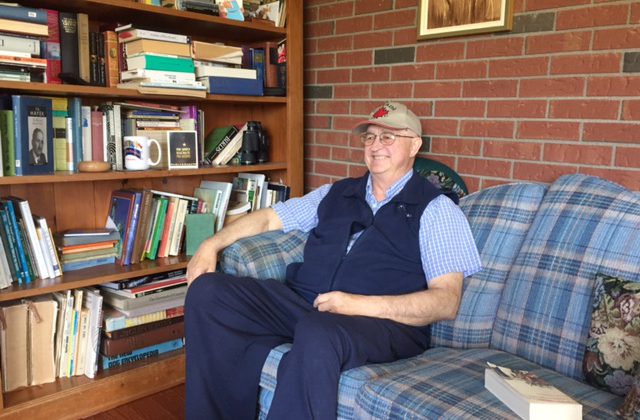 Jim Bertram says he has about six months to live, and that there isn’t a treatment that could save his life.

Bertram, a former member of North Grenville’s Municipal Council, has dealt with cancer before, having previously taken a leave of absence from his position on council while undergoing chemotherapy.

In an email to members of the Jail Opposition Group, a protest group made up of local people against the planned Kemptville prison that Bertram is a member of, he says he’s withdrawing from the group, and that he’s proud of the work he’s done in his life.

“I believe I have made a worthy effort to protect the interests of my fellow residents of North Grenville,” he says. “And I regret having to withdraw from such a role. But my withdrawal is compelled.”

Bertram says he loves North Grenville and the people that live here. “I have enjoyed working for worthwhile community projects,” he says. “I have enjoyed my association and acquaintance with you. And I wish you well.”