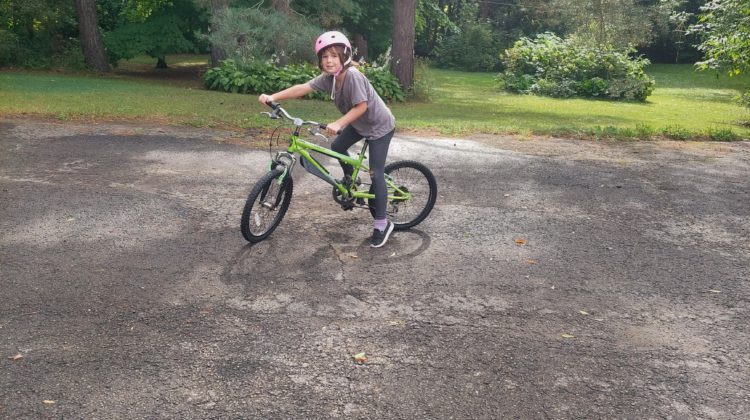 UPDATE: Emily Parker’s mother Eva announced in a Facebook post that the ride was completed on the 19th. Emily and her friends and family biked 30 kilometres, broken up by a three kilometre walk. They raised 1,085 dollars. Eva says that more donations are still welcome.

A Kemptville child is cycling for a good cause this weekend.

Emily Parker, 7, is planning a 30-kilometre bike ride for the Terry Fox Run. She has been participating in Terry Fox Runs since she was three years old, and last year, she raised more than 500 dollars while biking 22 kilometres for the event.

Emily says that she started long-distance biking two years ago. Her mother, Eva, says the two of them have been training hard for the event.

“As of Wednesday, we did a 34-kilometre bike ride,” says the mom. “She’s been cycling a fair amount, she likes to bicycle.”

Emily’s team for the event, The Butterflies, rides in memory of her grandmother Caryl, who passed away from cancer.