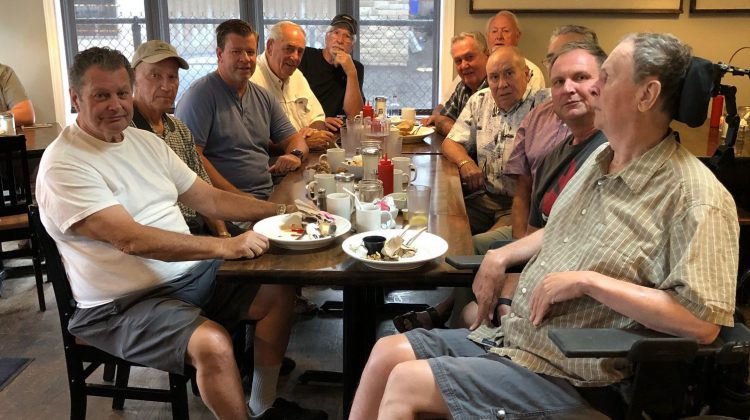 Robin Easey was shot on September 1, 1984, during a robbery at Bayshore Shopping Centre. His friends, a group of former Nepean police officers, are taking him fishing in Kemptville tomorrow. (Supplied by Richard Tennant)

Robin Easey has used a wheelchair for nearly 40 years. The former City of Nepean police officer was shot in the head on September 1, 1984, during a robbery at Bayshore Shopping Centre.

Robin is going fishing tomorrow for the first time since being injured in the line of duty. The trip was organized by a group of former Nepean officers, who meet for breakfast every Wednesday.

Member Richard Tennant says Robin used to be an avid hunter and fisherman. He explained the group started talking about the good old days and decided to do something special for Robin.

Tennant reached out to the owners of Pirate Cove Marina, who offered up the use of a pontoon boat. The group plans on meeting at Five Star Restaurant for breakfast before heading to the marina at 10:00am.

Tennant says Robin can’t use his hands, but the guys have it all planned out. They’re going to stick the fishing rod in his arm and if he gets a bite, they’ll help him reel it in. Tennant noted Robin found out about the trip last week and he’s very excited.