A 30-year-old man from North Grenville and 19-year-old woman from Augusta have been charged in recent thefts from gas stations. On February 4th, the couple was arrested at a residence in North Grenville. The man is facing five counts of theft under $5,000, possession of stolen property, dangerous operation of a motor vehicle, driving while disqualified, assaulting a peace officer with a weapon, failing to stop at the scene of an accident, and two counts of fraud. His female accomplice is charged with three counts of theft under $5,000, possession of stolen property and six counts of failing to comply with recognizance. The couple was held in custody pending a bail hearing.

Grenville County OPP are investigating a theft of gas on February 2nd in Kemptville. It happened around 6:15pm at the MacEwen Gas bar. The vehicle had been reported stolen from Ottawa on January 25th. Officers later saw the vehicle entering Prescott. While under an attempted stop, the getaway vehicle hit a police cruiser and a cop, who suffered minor injuries. It then continued south on Edward Street before entering an alley on the west side. A man got out there and ran away. This same man is a suspect in a theft at the Esso in Prescott at approximately 8:15am on Saturday, January 30th. Photos from surveillance cameras at both locations are attached. The female suspect is from the Prescott incident.

Anyone with information on the above occurrence who can help identify the suspects is asked to contact the Grenville County OPP through the Communication Centre at 1-888-310-1122, the Prescott Detachment at 613-925-4221 or Crime Stoppers at 1-800-222-(TIPS) 8477 or submit your tip on-line at www.tipsubmit.com.  Crime Stoppers does not want your name, you don’t go to court, and you could earn cash reward. 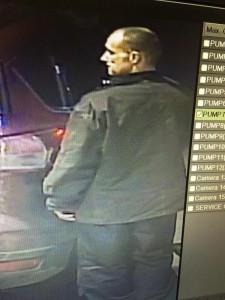 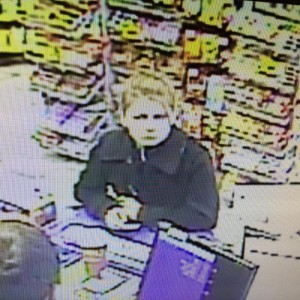