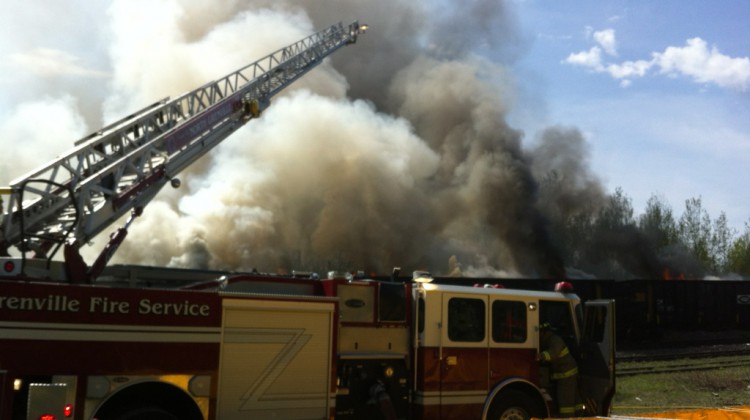 North Grenville Fire Service is on scene at Bedell Road just south of Kemptville for 3 rail cars on fire that were carrying “rail ties”. The situation is under control and the fire is almost out. No injuries happened as a result of the incident, and there are no environmental concerns. 15 firefighters and 6 trucks were on scene to extinguish the fire. Motorists are asked to avoid this area as clean up will take most of the day. The fire is under investigation, but not considered suspicious. 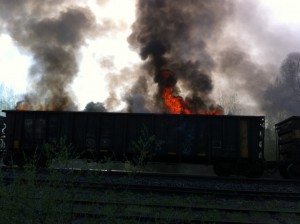