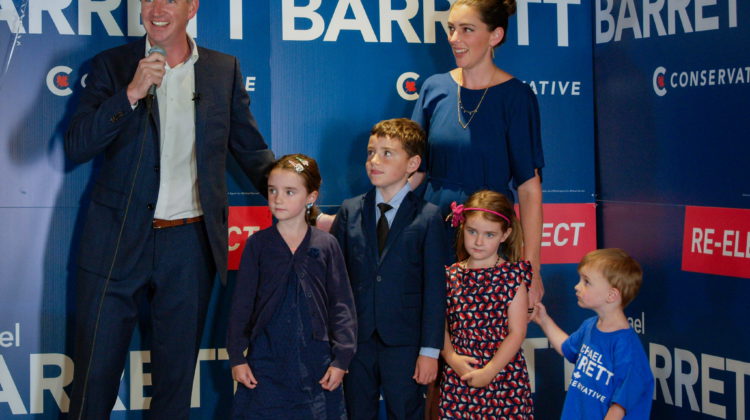 The MP for Leeds-Grenville-Thousand Islands and Rideau Lakes is moving up in the Conservative shadow cabinet. Michael Barrett has been named the Deputy House Leader and Co-chair of Question Period Planning for Conservative leader Erin O’toole’s party.

Under the prior administration, Barrett was the shadow minister for ethics. A letter written last year by Barrett to Mario Dion, Canada’s Conflict of Interest and Ethics Commissioner, was one of the instigating factors in Dion’s investigation into Prime Minister Justin Trudeau’s involvement with the WE Charity.

In a Facebook post, Barrett says he’s eager to work in his new position, “I look forward to continuing working with our team, to hold the government accountable and to secure the economic future of our country.”

Barrett was initially elected as the MP for Leeds-Grenville-Thousand Islands and Rideau Lakes in 2018, in a by-election after his predecessor, MP Gord Brown, passed away. Barrett was re-elected MP for our region after winning this year’s election as the incumbent candidate, with more than 50 per cent of the vote.