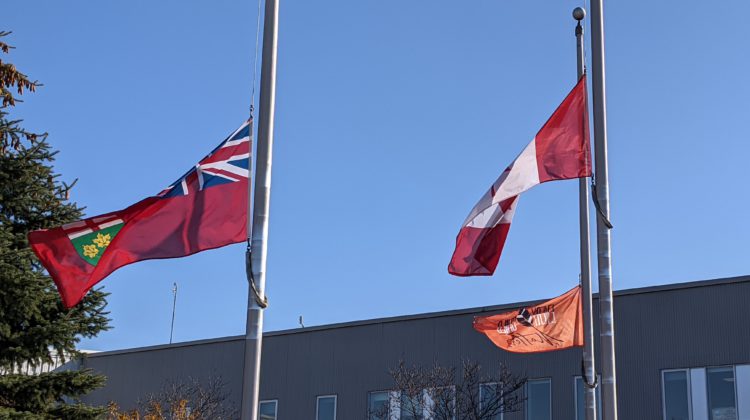 The flags at half mast outside the Municipal Centre. (Photo by MyKemptvilleNow.com staff)

With Remembrance Day this week, the municipality of North Grenville is commemorating Indigenous Veterans Day.

A flag lowering ceremony was held on November 8th, at the North Grenville Municipal Centre in Kemptville, to commemorate the sacrifices and accomplishments of Indigenous soldiers. Mayor Nancy Peckford, members of town council, and representatives from the Royal Canadian Legion were present at the ceremony.

“On Indigenous Veterans Day,” says Mayor Peckford, “we remember the diverse contributions by thousands of Indigenous Peoples who chose to serve in Canada’s military operations. Unfortunately, despite their efforts and their sacrifice, most were never properly recognized when they returned home.”