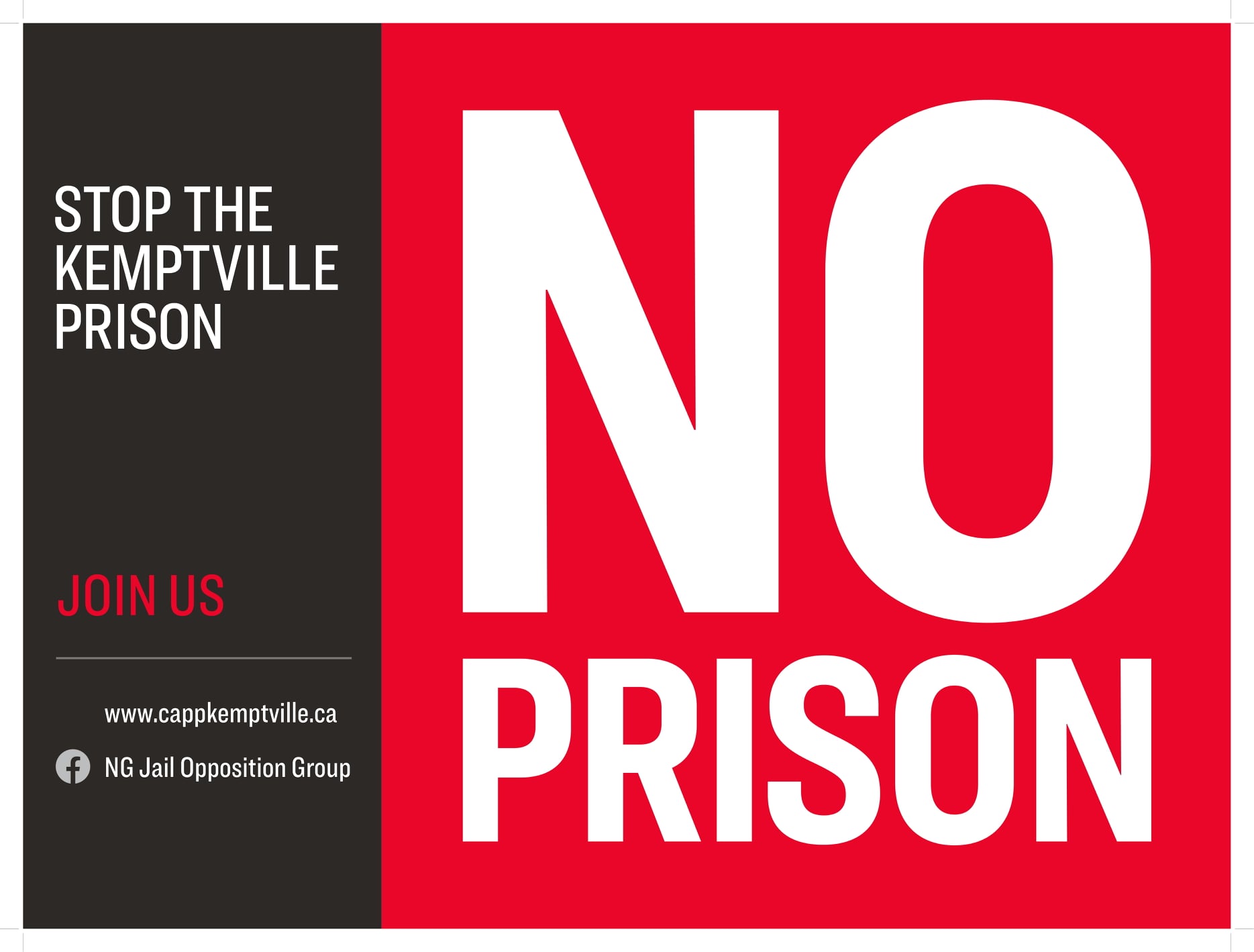 The Jail Opposition Group and the Coalition Against the Proposed Prison are inviting residents to purchase one of their “Stop the Kemptville Prison” signs.

Kirk Albert with the Jail Opposition Group says the signs have been created to allow people to communicate their opposition to the proposed 235-bed facility by displaying them on their properties.

“It’s not wise for us to gather as a community and convey our disapproval of the Ford government’s plan because it would contravene health restrictions,” Albert said. “A lawn sign, you can display safely and prominently.”

Starting this week, you can order a double-sided, 18”x 24” lawn sign which will be safely delivered to your home or business.

Both groups are asking residents to make a $10 donation to cover the costs of production.

Albert says they will also be mailing out flyers in the coming weeks, which will provide residents with more information regarding the prison’s potential impact.

“People still believe the original announcement from August 2020 that 500 jobs will be created because of the prison build,” Albert said. “That statement is false, our Mayor has admitted it is incorrect, and yet some people still believe it’s true.”

Albert says so far, the provincial government has not done anything to prove the prison would have any positive economic impact, and the public has not been informed of any economic analyses that have been undertaken.

He feels since the province announced the prison, public information has been slow, confusing, and often contradictory.

“No one, not even our local government, was consulted before this decision,” Albert said. “A 235-inmate facility in our town, Kemptville will end up being the smallest town in all of Ontario with a prison of that size.”

Meanwhile, Mayor Nancy Peckford says while it’s important to allow these opposition groups to air their concerns, there’s no indication from the province that the project will be cancelled.

The next forum in opposition of the prison is set to take place over ZOOM, on June 23.

Lanark, Leeds and Grenville Addictions and Mental Health thanks United Way for donation