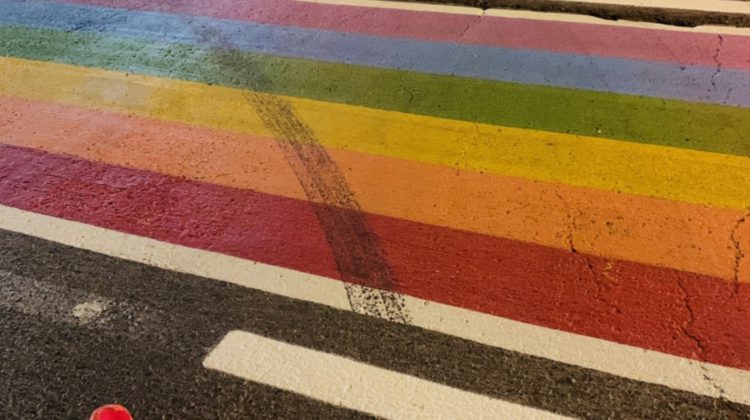 A mischief charge is being dropped against a North Grenville woman who was accused of damaging the town’s Pride crosswalk earlier this week.

According to the Grenville County OPP, on Tuesday evening, they received a report of someone damaging the crosswalk by burning their tires over the rainbow colours at the corner of Prescott Street and Reuben Crescent, leaving a big black mark.

Following the incident, police charged a 36-year-old woman with mischief.

However, after filing the charge, police say they received contradictory evidence, and as a result, the charge was dropped.

Police say they are continuing to investigate, and they’re asking anyone with information or surveillance footage of the area to let them know at 1-888-310-1122.