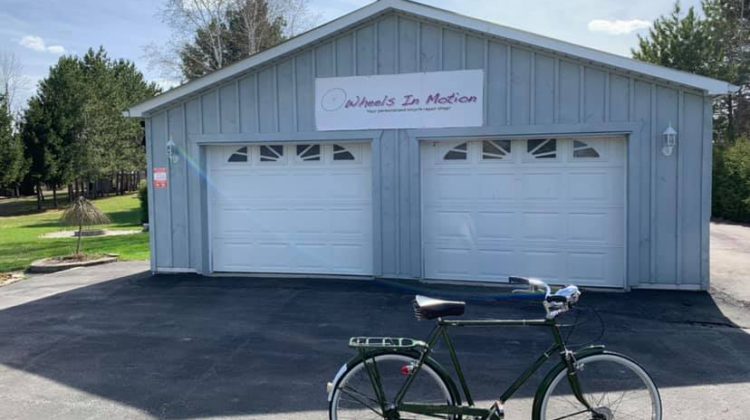 A local bike shop is being recognized as one of the best in the province.

Wheels in Motion, which serves the North Grenville and Prescott areas, has been named the “Best Bike Business” in Southeastern Ontario by the Ontario By Bike Network.

The network is a program certifying and promoting bicycle friendly businesses and cycle tourism in a growing number of regions, including Leeds and Grenville.

Owner and Founder Jennifer West says she feels honoured and overwhelmed by the recognition.

“Honestly, when I got the email, I had tears of joy, I was so excited,” West said. “This is my ten-year anniversary, so it’s the best anniversary gift I could ask for.”

With the tourism sector being extremely hard hit, West feels lucky to have been one of the few businesses who’ve remained open through the pandemic.

She says winning the award is a testament to how she’s gone above and beyond during these tough times to keep her shop operating safely.

“It’s an honour and it doesn’t happen without the customers,” West said. “The customers around this area are fantastic, I love the customers that I have. It’s pretty exciting news for someone small like me and it’s not something I ever thought I’d be recognized for.”

West notes with travel likely to be limited through the summer, there has been a surge from residents looking to make bicycle plans.

As of Friday, she says she’s completely booked for repairs until the middle of May but she says that pales in comparison to some Ottawa shops, who are booked into July.

“My COVID-protocols have been above and beyond since April of last year,” West said. “And bicycle repairs, like auto repairs, are still essential, so I’m still running. People can book an appointment and just be patient and I will get your bike back to you as soon as I possibly can.”

West notes she has good supply of parts but she’s still awaiting some delayed shipments due to a global parts shortage.

To book an appointment, head here.