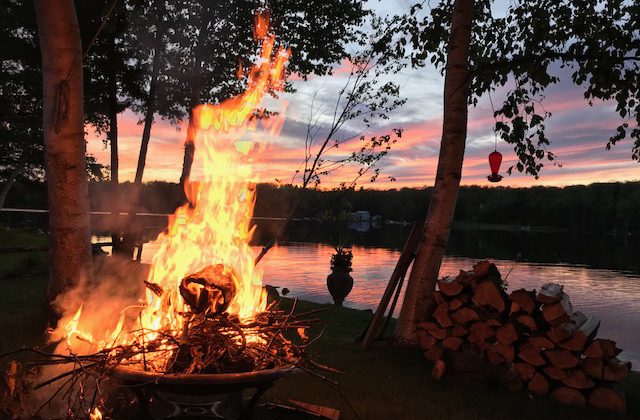 A burn ban is now in effect across all municipalities in the United Counties.

That’s according to the Fire Chief Officers Association of Leeds and Grenville.

Fire Chief of Edwardsburgh-Cardinal Brian Moore says vegetation plays a key role in when a burn ban will be lifted.

“We had a fairly quick and early thaw,” Moore said. “So, until we get some fresh growth to overtake all the dead material on the ground right now, it’s still very dry. Even with the rain, sometimes the ground is saturated, but it’s the plant life above the ground that still burns.”

With the ban, open-air burning including agricultural burns, brush fires, burn barrels, incinerators, and other types of outdoor burning are all prohibited until further notice.

Meanwhile, campfires, outdoor fireplaces, chimineas, and appliances that use propane or natural gas are all permitted.

There have been multiple uncontrolled grass and brush fires in the county over the last couple of weeks, which has led Fire Chiefs across Leeds and Grenville to implement the ban.

“Normally it’s the larger type of fire where somebody has a burn barrel or a burn pit or a brush pile, something that’s going to burn for a long time, so they don’t necessarily monitor it like they should,” Moore said. “The only reason we’re allowing campfires is because they are generally small and in areas where the grass is cut short.”

Fire departments will be monitoring the situation closely and will provide updates when they become available.

Moore says each municipality may have different rules on what can be burned, so when in doubt, check with your local fire hall.

Local Group Looks To Honour Role Models In The Community