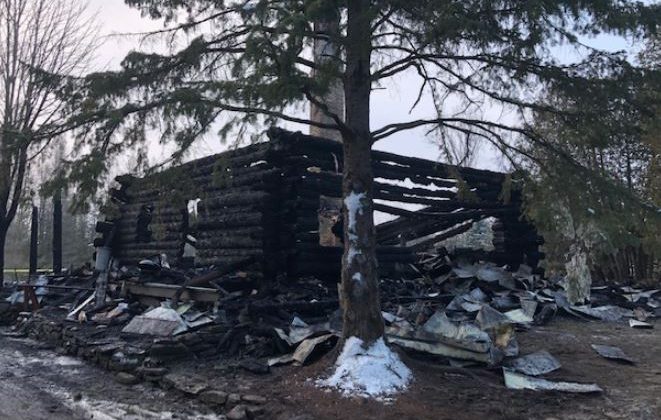 The remains of 4 people who were unaccounted for after a fire in Oxford Mills have been found.

OPP say that the Regional Coroner’s Office has not confirmed the identity of the 4 people. They do say that family members have been notified.

Grenville OPP were called out to assist North Grenville firefighters on Sunday to a fire on Stone Road in Oxford Mills Township. Police say that the fire completed engulfed the building.

The Office of the Fire Marshal and the Coroner’s Office are still investigating the cause of the fire.