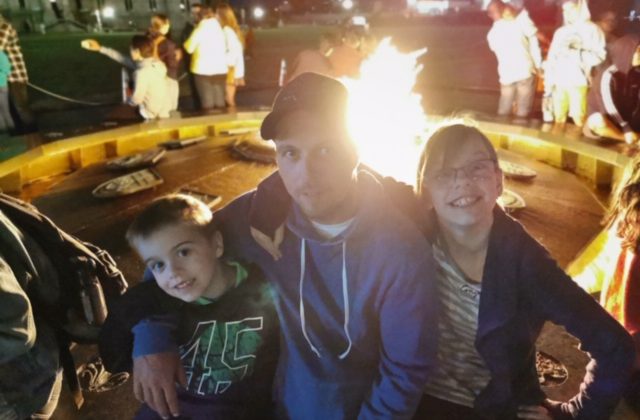 Pictured, Josh Young with his two kids. (Supplied by Young)

Josh Young is getting a fresh start. Habitat for Humanity Thousand Islands has chosen the 31-year-old single father for its build in Cardinal.

Young currently lives with his parents in Kemptville, following a separation. He shares custody of his 11-year-old daughter and 6-year-old son, who currently split their time evenly between Cardinal and Kemptville.

Young says moving back to Cardinal is going to make life easier for his kids. He noted it’s been difficult managing transportation for them, back and forth to school.

Young, a landscaper by trade, has been trying to put money away for a down payment for the past four years. He explained his boss told him about Habitat and encouraged him to apply.

Young says he didn’t want to get his hopes up, but figured it was worth a shot. He noted when he found out he was the successful applicant, he almost dropped to his knees. Young explained it still feels surreal and he’s beyond excited to move his kids into their forever home.

The three-bedroom home, located on Dundas Street, is nearing completion. Young will purchase the home at fair market from Habitat, which holds the mortgage, and payments are based on income. Young will also put in 500 sweat equity hours, by helping with the finishing touches on his own home, future Habitat builds and volunteering at the ReStore.

Young says being selected is life-changing. He noted having a stable home will better his kids’ lives.