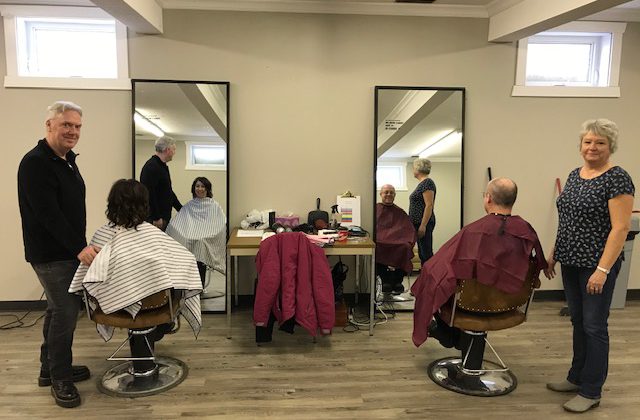 Two Kemptville stylists have joined forces to make a difference in people’s lives.

Walsh says the initiative launched in October and the plan is to host the salon days three or four times per year. He noted its open to men, women and children. Walsh explained it’s important to give back to the community.

Berube says the first salon day was a major success. She noted some of the clients were in tears and the kids just kept looking at themselves in the mirror. Berube explained volunteering is very rewarding.

Walsh says it’s so much more than a haircut – it lifts people up. He thanked the people who came in for making it such a special day, as much for him as it was for them.

The goal is to host another salon day sometime in May.