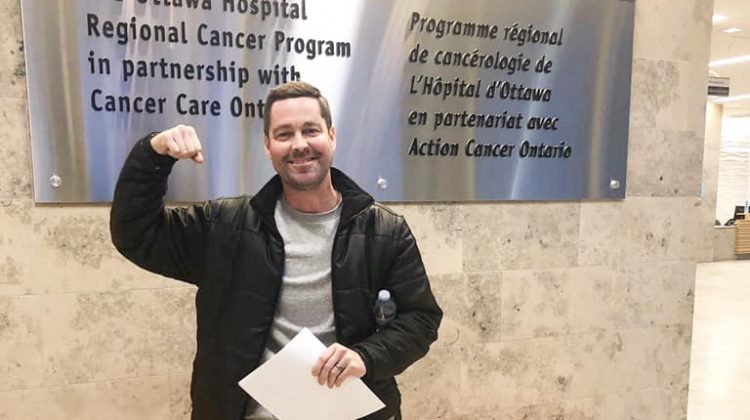 Ryan Forbes is one the mend. The Kemptville man was diagnosed with stage four appendix cancer in July, 2018. He underwent an extensive surgery in October to remove the cancer.

Forbes arrived home in November and is still recovering from the procedure.

He met with his oncologist yesterday and found out a recent CT scan showed no recurrence of the cancer.

Julia Forbes, Ryan’s wife, posted an update on the #DieselsArmy – Ryan Forbes’ Cancer Fight Facebook page. She noted they were hoping for the words ‘no evidence of disease,’ but the findings show inflammation and enlargement of the pancreas. Julia explained it’s likely because he still has some healing left to do following Cytoreductive Surgery and Hyperthermic Intraoperative Peritoneal Chemotherapy (CRS/HIPEC).

The scan also showed some enlarged lymph nodes and pulmonary nodules in the lungs, which are likely not cancerous, according to Julia. She noted the news is the next best thing to ‘disease free.’

The plan is to set up a date for Forbes to ring the bell for remission in a couple weeks. He will continue to get scans every four months to monitor for recurrence.