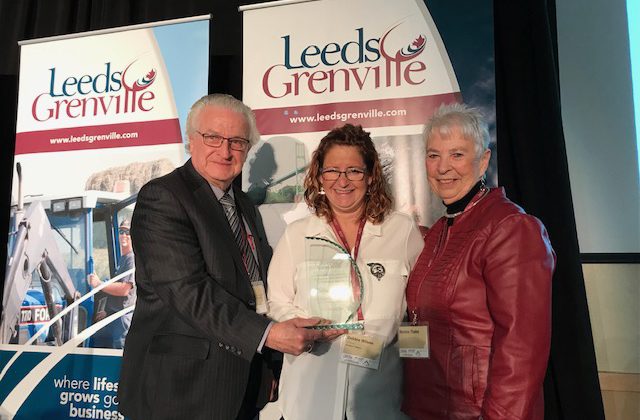 The Bill Thake Memorial Award was presented at the 2019 Economic Development Summit. The event took place today at the North Grenville Municipal Centre.

He noted the late Bill Thake was known for his leadership and mentoring skills.

Sayeau explained his dedication to Westport and the greater Leeds-Grenville area is legendary. He says Thake broke many records, serving 52 consecutive years on Westport council to set a Canada-wide record of the longest serving head of a municipality.

Sayeau noted that Thake was Warden of the United Counties for an unsurpassed four terms. He explained those who knew him well remember his warmth and sense of humour.

She says she’s deeply humbled and honoured by the recognition. Wilson thanked North Grenville Council for the nomination.