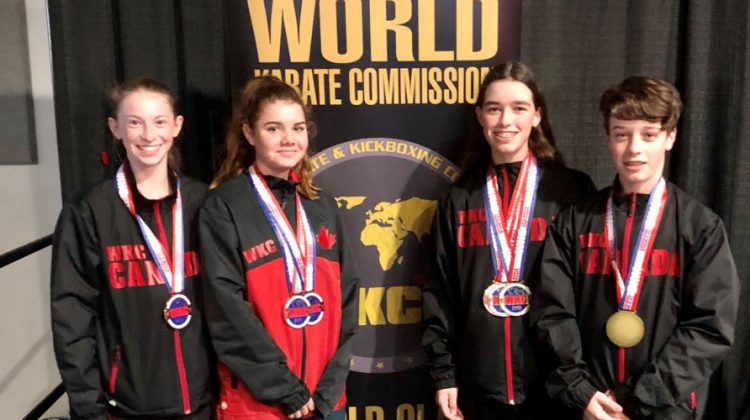 Sensei Earl Horvath, owner of Douvris Martial Arts in Kemptville, says the youth took part in provincials and qualified for nationals, held in May. He noted all four worked very hard to earn their spots at the world championships.

Horvath explained not all his students compete, but they’re all getting something out of it. He says karate is about goal setting and motivating yourself to achieve different things. Horvath noted it’s an individual sport but everyone supports each other.

The youth are between the ages of 12 and 16. They’re already training for next year’s world championships, set to be held in Madrid.