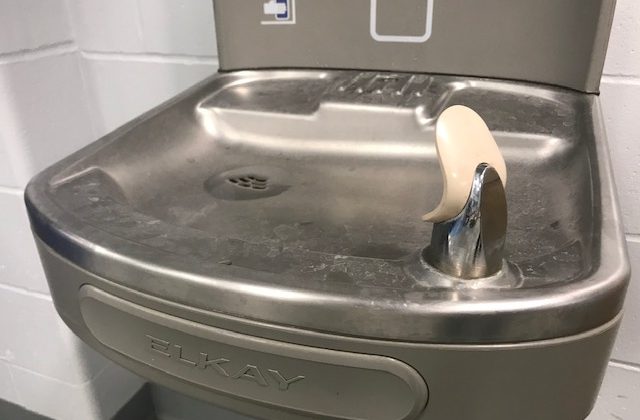 Unacceptable levels of lead were found in the drinking water at local schools.

Over 2,000 schools and daycares across the province exceeded the federal guideline for lead in drinking water, according to an investigation conducted by Global News, The Toronto Star, Ryerson School of Journalism and Concordia University’s Institute for Investigative Journalism.

The study identified facilities with at least one test result above 5 parts per billion over the span of two years.

Jeremy Hobbs, Superintendent of Facilities with the Upper Canada District School Board (UCDSB), says drinking water is tested annually for lead at all the board’s schools, in accordance with provincial regulations. He noted this testing has been in place since 2007.

Hobbs explained if lead is detected, the fixture is re-tested to make sure it’s not an error, and then if it shows up again, the fixture is taken out of service. He says the UCDSB works closely with the Health Unit to remediate the issue right away.

Hobbs noted lead can come from various sources, including the municipal water supply or solder. He explained weekly flushing of the water system is undertaken at every school to reduce the risk of lead build-up.

Hobbs says the UCDSB is confident its drinking water is safe for students. He noted if you’re seeing data that shows high levels of lead, the board has already remediated it. Hobbs explained it’s not irregular, but he wouldn’t characterize it as widespread.

The Health Unit says it’s important to reduce exposure to lead from all sources,  including drinking water, because children who are exposed to high level of lead have a higher risk of learning problems. The organization noted it works with school boards and daycares to ensure that children are not exposed to significant levels of lead in the drinking water.