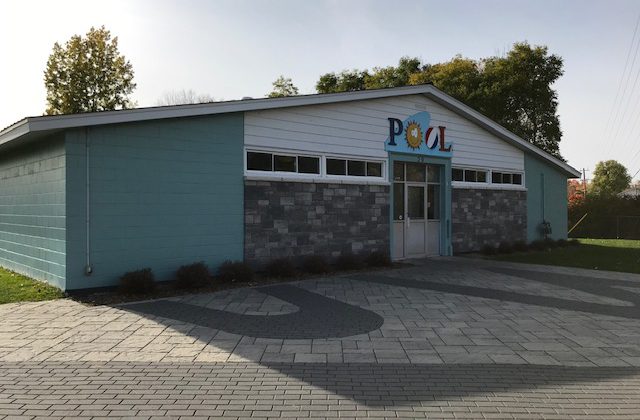 Director of Parks, Recreation and Culture Mark Guy says the plan, if the funding application is successful, would be upgrading or replacing the existing outdoor Kemptville Pool building to make it accessible. (Jennifer Westendorp, mykemptvillenow.com staff)

The Municipality of North Grenville plans on submitting a $5 million funding application for Riverside Park. The matter was discussed at Committee of the Whole last night.

Director of Parks, Recreation and Culture Mark Guy put forward a request to reallocate $9,650 from a reserve to hire WSP to help with the application. The deadline is November 12. The dollars are through the Community, Culture and Recreation funding stream, announced in September.

Guy explained the funding doesn’t cover 100% of the cost. He noted the municipality would cover 26%, the province pitches in 33% and the feds provide the rest. Guy says the project can be spread out over seven years.

He outlined the plan for Riverside, including upgrading or replacing the existing Kemptville Pool building to make it accessible. He explained public washrooms, with exterior access, would be incorporated. Guy says basketball courts, completing the multi-use pathway and making interior improvements to the Pte. Blake Williamson Memorial Hall are also on the wishlist.

He noted a dual splash pad and outdoor rink, along with pickleball courts are other possibilities.

The resolution to reallocate funds was passed. The municipality expects to hear whether the funding application was successful by mid-2020.