Pay raise for council on the table 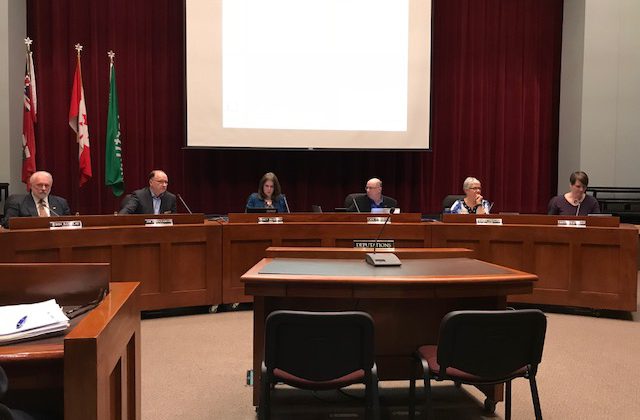 A report recommending a nearly $15,000 increase to council remuneration in 2020 was tabled at Committee of the Whole last night.

Director of Finance Marcus Hewitt explained a compensation review, which cost approximately $2,500, was undertaken by Gallagher. He noted that prior to 2019, one-third of an elected official’s compensation was exempt from income taxation.

He explained the report found that North Grenville’s elected officials are below the 60th percentile of comparators. Hewitt says it also highlights that the municipality has a higher operating budget and serves a larger population, requiring each member of council to carry a larger portfolio than their peers in the comparator group.

North Grenville was compared to 10 surrounding municipalities, towns and the county, including Smiths Falls, Carleton Place and Brockville.

Mayor Nancy Peckford noted she believes all of council will support a way forward that would enable residents and business leaders in the community to have a citizen-led vehicle through which they can express what they think is appropriate compensation for their elected officials.

Council directed staff to put together draft terms of reference for a citizen-led working group to look at the report and bring back recommendations.

Council will consider the terms of reference next week. The selection process for the working group is unclear at this time. Council remuneration has not been increased, beyond the cost of living, dating back to 2005.