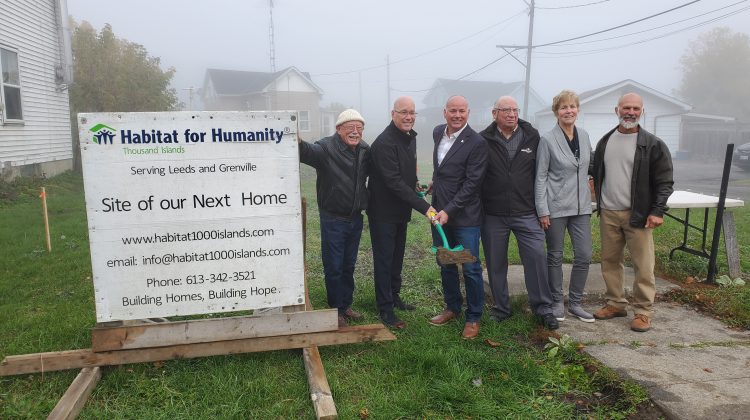 Shovels are in the ground. Work is underway on the Habitat for Humanity Thousand Islands build in Cardinal. The groundbreaking ceremony was held this morning, at 2028 Dundas Street.

The two-storey, approximately 1,200-square-foot home, will feature three bedrooms and one and a half baths.

Habitat Vice Chair Martin Van Andel says construction will take around six months. He noted the goal is to get the family in this spring.

Van Andel says the family selection process is in the works and should wrap up next month. He explained the paperwork is being reviewed and interviews conducted.

Van Andel says volunteers are the backbone of Habitat builds. People interested in helping out can contact the ReStore in Brockville by calling 613-342-3521. He noted donations of construction materials are also needed.