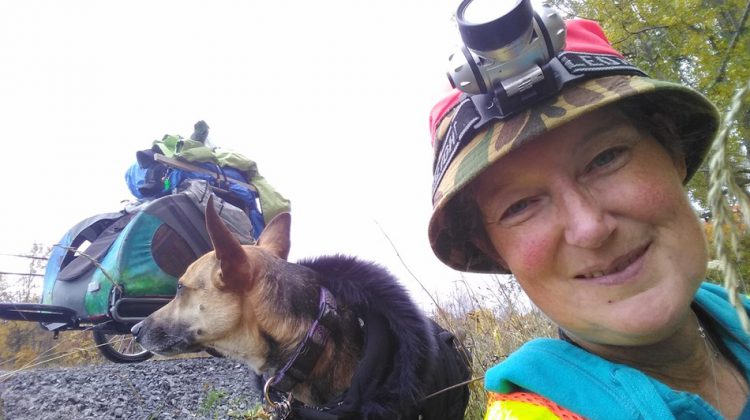 Ann Cognito and Mr. Myrtle, her constant companion. (Supplied by The Expedition - Walk To Waken The Nation, Facebook)

Ann Cognito is on a mission. The 50-year-old walked over 3,300 kilometers from Calgary to Ottawa, making stops in Merrickville and Kemptville along the way. Her goal is to raise awareness about climate change and deliver a petition to Parliament Hill, calling on the government to take action.

Cognito started her journey, called The Expedition – Walk To Waken The Nation, on April 20. She arrived in Ottawa on Sunday and doesn’t plan on leaving until the petition is handed over to the Prime Minister. Over 3,000 people have signed the petition to date.

Cognito says climate change will lead to global ecosystem collapse. She noted Canada should be leading the way when it comes to addressing climate change. Cognito explained there’s very little time left to do something about it.

For more information about the Walk To Waken The Nation, click here.