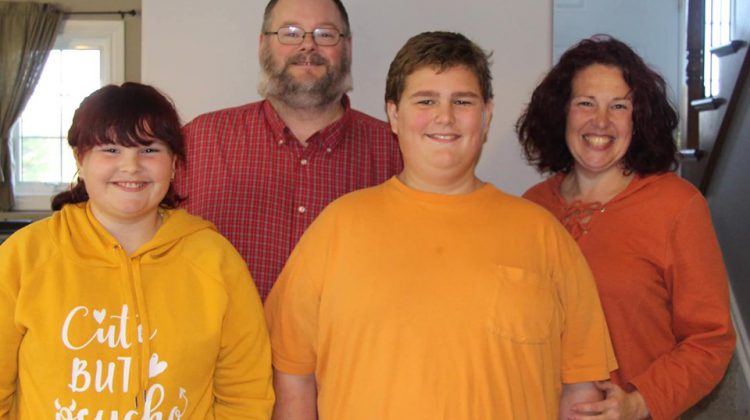 Wyatt Itterman pictured with his family. (Supplied by Treena Itterman)

Treena Itterman, Wyatt’s mom, says he was playing tug-of-war at school, fell backwards and hit his head. She noted he didn’t recognize her when she picked him up to take him to CHEO. Itterman says it took 24 hours before his memories started flooding back.

Eight days later Wyatt went to a friends house and collapsed. He was rushed to the hospital and again suffered memory loss, this time for a day and a half. Two weeks ago, when Wyatt bent down to pick up his pencil at school, he hit his head on the underside of his desk.

Itterman says he knows his family members from what he’s been told, but his memory still hasn’t come back. She explained an MRI is scheduled for December and the family is just taking it day by day.

Itterman says if you suspect your child has a concussion, take it seriously. She noted it’s important to advocate for your child because brain injuries or head trauma of any kind can be life-changing.

For information about how to recognize signs of a concussion, click here.