No Evidence of Disease for Ryan Forbes 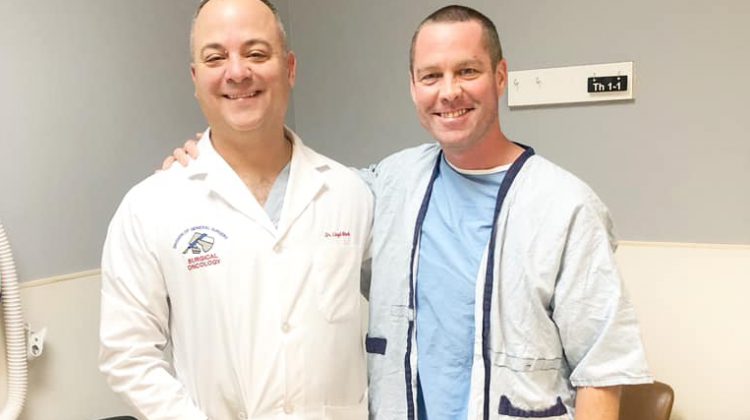 Ryan Forbes pictured with Dr. Lloyd Mack at the Foothills Medical Centre in Calgary before the surgery. (Supplied by #DieselsArmy, Facebook)

Ryan Forbes was in surgery for 11 hours yesterday. The local man was diagnosed with stage four appendix cancer in July, 2018. Forbes found out last month that chemotherapy reduced the extent of the disease enough to qualify him for Cytoreductive Surgery and Hyperthermic Intraoperative Peritoneal Chemotherapy (CRS/HIPEC).

He travelled with his family to the Foothills Medical Centre in Calgary on Sunday. Ryan’s wife, Julia, posted on Facebook that the surgery went well. She says the doctors were able to scrape all of the tiny seed-like tumours that invaded his abdomen and the linings of his surrounding organs. Julia noted the term is NED (No Evidence of Disease).

Family friend Lisa Brownrigg says it was incredible to hear that is was the very best case scenario. She explained it must be Ryan’s spirit because she doesn’t know anyone else who could’ve gone through everything he’s been through and still be smiling.

Forbes is in for a long recovery, including four more weeks in Calgary, followed by six months at home. There is a possibility that the cancer might come back and Forbes may need more chemotherapy.