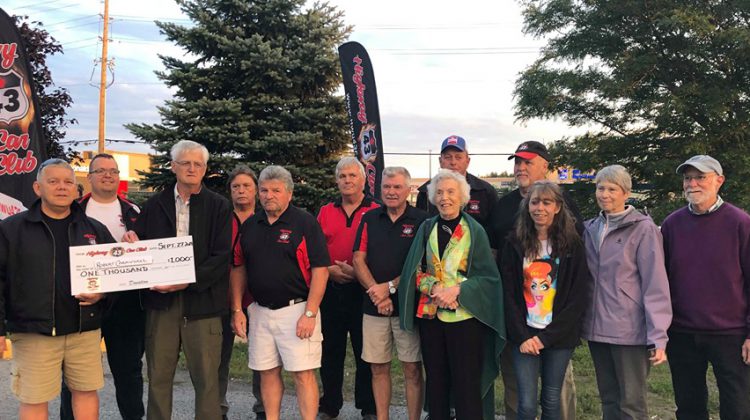 Car enthusiasts came together to help a local woman in need. The Highway 43 Car Club held its final Cruise Night of the season on Friday. The group donated $1,000 to Christine Johnson, who was diagnosed with stage 3 cervical cancer in March.

Club President Rod Rafter says one of her three boys was on hand to thank the club for helping out. He noted the club was happy to do it’s bit.

Rafter says the club also passed the hat around, bringing the total up to $1,235. He noted cancer touches everyone. The Cruise Night was dedicated to the club’s vice president Mike Lecuyer’s wife Pam, who lost her battle with cancer a few weeks ago.

The club raised over $24,000 for area food banks and the Make-A-Wish Foundation this year.

Rafter says it wouldn’t be possible without sponsors and everyone that supports the club.