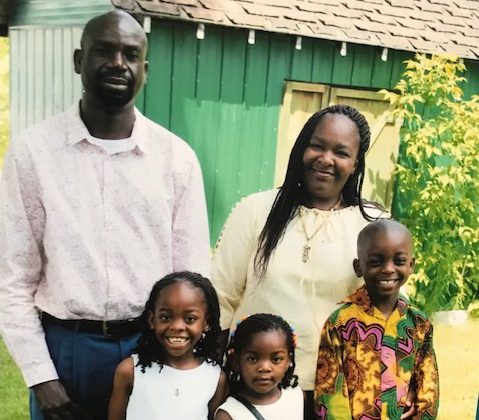 Freddy Monga, along with wife Janet, fled the Democratic Republic of the Congo amidst civil war. They arrived in Kemptville, from Pretoria, South Africa, in May 2018. (Supplied)

Freddy Monga has come a long way from being a refugee in South Africa, after fleeing the Democratic Republic of the Congo amidst civil war over 15 years ago. Refugees In North Grenville (RING) sponsored Monga’s family and they moved to Kemptville in May 2018.

Monga started at Algonquin College this week, after working at the Ferguson Forest Centre since April. He is studying to be a water and wastewater technician.

Monga says there are many new things for him. He noted there wasn’t as much equipment in Africa and the environment of college is very different.

Monga and his wife Janet just welcomed a fourth child. Their kids are 9, 8, 5 and three-months.

Monga says his children love going to school and they have many friends. He noted the family is really enjoying Canadian culture – the food, the community and opportunities. Monga says Kemptville is a great place to live and raise a family.