Box of kittens dumped in ditch 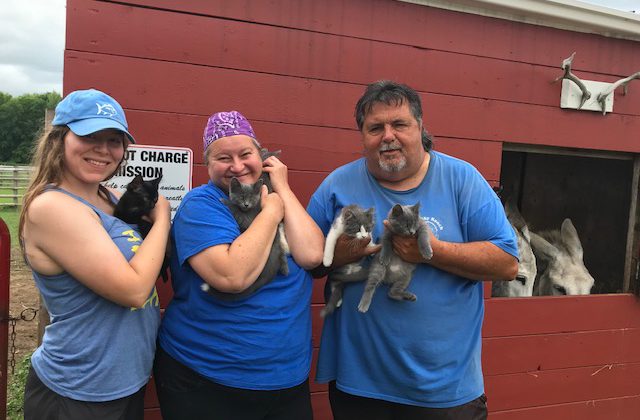 It could’ve been a very sad ending. Fortunately, 5 kittens who were put into a box and dumped in a culvert wound up, by some twist of fate, at Big Sky Ranch Animal Sanctuary.

The box was discovered by a Grenville County OPP officer yesterday, who took the kittens to the local rescue. The 5-week-old kittens – three females and two males – are all in good health.

Big Sky Founder Andy Parent says the officer donated $20 towards food for the kittens. He noted this is not the first time something like this has happened. Parent says three years ago, another officer found a box of kittens laying in the middle of a country road and brought them to Big Sky.

He says anything could’ve happened to the kittens. Parent explained situations like this are why Big Sky exists.

He noted there are other alternatives to leaving animals out in the middle of nowhere, like talking to your local shelter and asking for help. Parent says these are little lives that rely on people to care for them.

To help cover veterinary costs for the kittens, click here to donate to Big Sky Ranch.