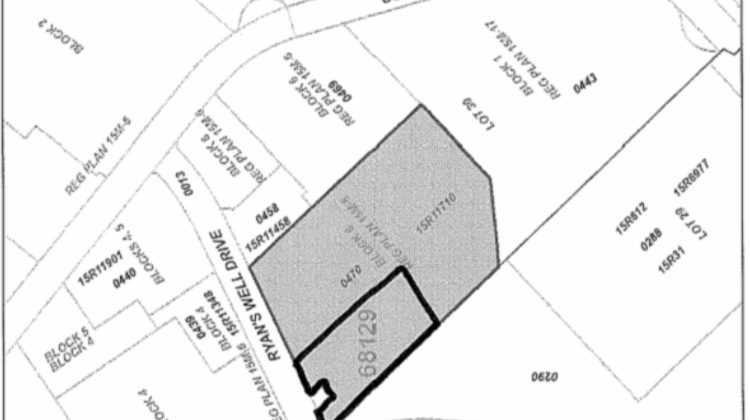 (Supplied by the Municipality of North Grenville)

In a strange twist, a bylaw to lift part lot control from a parcel of land at Colonnade led to the revelation that a hotel could be coming to town – just not where everyone expected. The matter was discussed during Committee of the Whole last night.

Director of Planning and Development Phil Gerrard explained lifting part lot control basically carves out lots in a Registered Plan of Subdivision. The applicant is seeking to create a 2 acre parcel to be developed, he noted. The final decision rests with the United Counties of Leeds and Grenville, as the subdivision approval authority.

Gerrard says the developer has indicated to him that the purpose of severing the lot is for the creation of a hotel. He noted it would be a 74-room Comfort Inn.

Mayor Nancy Peckford commented that news of a hotel is fascinating, given the protracted delay of another hotel, of the same franchise.

A 74-room Comfort Inn & Suites Hotel was announced for the RoseWater development, across from Colonnade, in 2018. Construction was slated to start in the spring of that year, with the official opening planned for March, 2019. Shovels never made it into the ground, for reasons still up in the air.

Gerrard says it makes sense for the Comfort Inn to look at Colonnade, as RoseWater has yet to register a Plan of Subdivision. He noted Colonnade is a shovel-ready parcel of land and the next step would be site plan approval. Gerrard did state that to his knowledge, both hotels are still on the books.