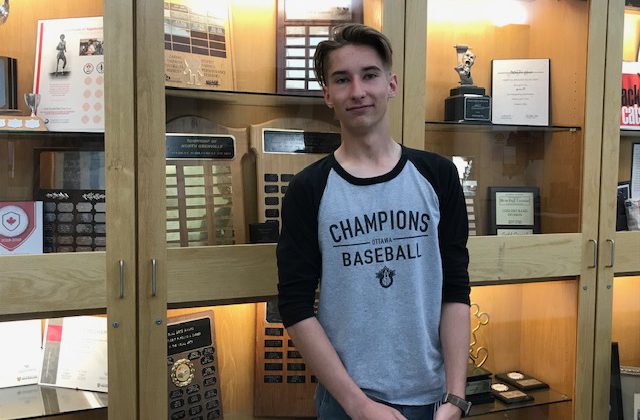 Owen Barr is being presented the Coach of the Year Award on Monday. Photo: Jennifer Westendorp-Juice FM.

Owen Barr is being recognized as Coach of the Year by the National Capital Division. The grade 12 student at North Grenville District High School teaches ski racing at Calabogie. Barr says he’s been on skis since the age of two. This past season was his first spent coaching, after 6 years of ski racing competitively.

Barr says it’s cool to be recognized because he had a lot of fun with the kids this year. He says being honoured like this is nice.

Barr coaches the under 10 ski racing program. He will be presented the award on Monday.

Barr says he loves passing on his knowledge to the children, especially the U10 group. He says they’re just there to ski and have fun.

Barr hopes to return to the slopes as coach next year. He plans on studying kinesiology at university.