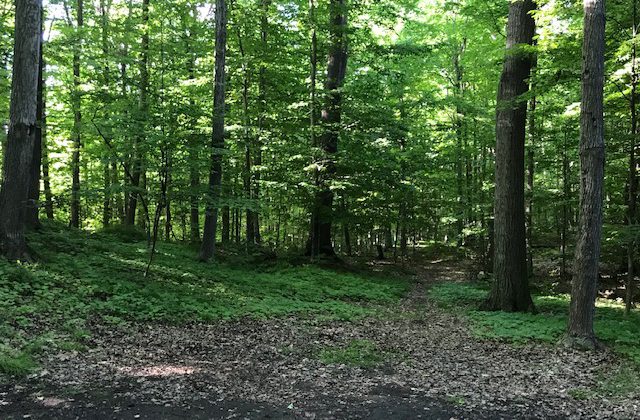 With deer hunting season underway, the Forest Manager for Limerick Forest is clarifying some safety advice for hunters and visitors.

Forest Manager Geoff McVey, in an exclusive interview with MyKemptvilleNow.com, says non-hunters aren’t banned from the forest during deer season, which began on November 1st and lasts until the 14th, but that it would still be best if they stayed away. “It’s a multi-use forest,” McVey continues, “and it’s the only two weeks the deer hunters can really go out and hunt deer, at least with rifles. So, we’re just asking people to give them their room and stay at home for two weeks, but it’s not a ban. We’re not turning people away, or anything like that.”

McVey also says the logging operations in the nearly 15,000 acre forest, which began in early October, ended on Friday, and the loggers took their equipment with them to keep the forest clear. “They moved the equipment to a private woodlot out near Roebuck,” McVey says, “so they’re not cutting during the hunt.”

Additionally, McVey says the area surrounding the Limerick Forest Interpretive Centre is off limits for hunting. A map of the exclusion zone can be found on the United Counties of Leeds and Grenville website.

The recommendation that non-hunters stay out of the forest during deer season was issued on October 28th. Anyone visiting the forest during the hunting season is also being asked to wear high-visibility clothing, like fluorescent clothes and hats, so hunters can identify them easily and won’t mistake them for deer.