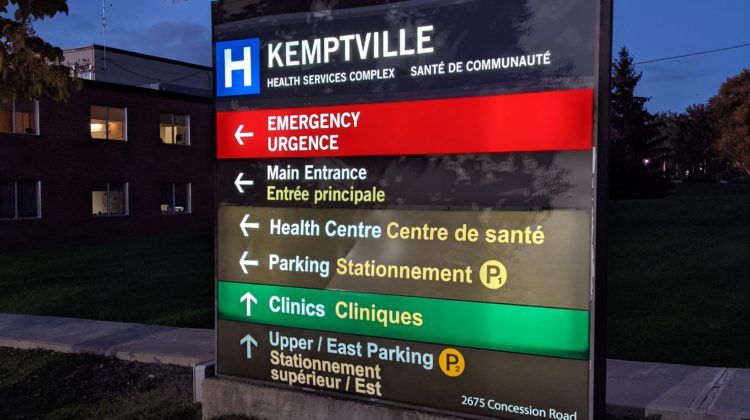 UPDATE October 21 6:00 PM: Jenny Read, the hospital’s Patient Relations Officer, says the IT disruption was caused by a cyber-attack. The attack has been reported to the OPP, and the hospital is continuing to operate while investigators look for a solution. Mark Hewitt, Chief Operating Officer for the hospital, says that it’s too early to tell when the hospital will return to normal.

The Kemptville District Hospital is experiencing what it calls an “I.T. disruption” that’s affecting its ability to serve patients. The Hospital has announced the Emergency Department is temporarily closed due to the problems. The department closed at 7:30 AM on October 21st.

According to a release from the Hospital, the decision to close the department was taken extremely seriously. “After careful deliberation,” the release says, “it was determined that it would not be possible to provide the highest quality and safe patient care in the Emergency Department in the absence of I.T. systems.”

Outpatient ultrasounds and x-rays are also not being done at the hospital due to the I.T. problems, and registering patients for other procedures may be delayed. According to the hospital, the Emergency Department will reopen when the issues are resolved, but no timeline has been given. MyKemptvilleNow.com has reached out to Jenny Read, the hospital’s Patient Relations Officer, for comment.