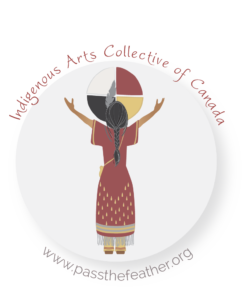 (Provided by the Indigenous Arts Collective of Canada)

A ceremony is being organized to honor the victims of Indian residential schools in Canada.

The Indigenous Arts Collective of Canada (IACC) has made plans for a public gathering on Parliament Hill to honor Indigenous people who suffered at the hands of the residential school system. The ceremony, called “Remember Me: A National Day of Remembrance”, is scheduled for September 30th, the same date as the new federal statutory holiday, “A National Day for Truth and Reconciliation”.

“‘Remember Me: A National Day of Remembrance’ Ottawa initiative was birthed the day 215 missing Indigenous children were finally located at the Kamloops Residential School in British Columbia,” IACC president and founder Dawn Iestoseranónnha said. “It is also the day that the press released the government’s intentions to fast track the establishment of September 30th as a statutory holiday. The latter appears to come from good intentions but has created an end of summer day off for federal employees only. We intend to elevate the educational components of Orange Shirt Day that was established in schools across the nation over five years ago.”

The ceremony will begin on September 30th at 9:00 in the morning, and last until 5:00 in the afternoon. All are invited to attend.