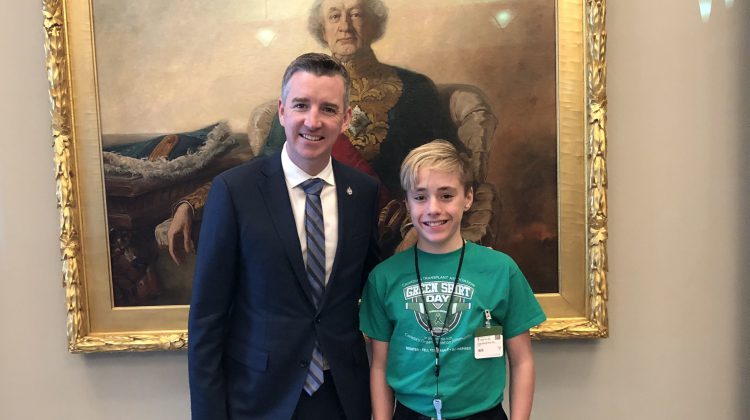 A local teen is spreading awareness about the importance of organ donations.

Ethan Bos has been making the rounds to area municipalities over the past several months, in an effort to have April 7th be declared Green Shirt Day.

The day marks the life of Logan Boulet, one of the Humboldt Broncos players who died in a tragic crash three years ago.

Bos says that he was inspired by Boulet, after the latter’s organs were donated and saved six lives.

“It all started when the Humboldt crash happened,” Bos said. “Logan Boulet died in the crash and he donated his organs. His parents put it to the public and within a year, there were over 100,000 people who signed their organ donor card.”

Bos organized the first Green Shirt Day at his school, St. Micheal’s Catholic High School, and from there, it’s spread to 10 municipalities and townships in the area, from Ottawa, Smiths Falls, North Grenville, to Prescott.

He says the tragedy of the Broncos bus crash is something that hits very close to home.

“What would’ve happened if that was my hockey team?” Bos said. :At that same time, we were going to a different tournament and I just thought about what would happen if that were my team. I’d be very upset and devastated. That’s what kind of started it, and I brought it to my school.”