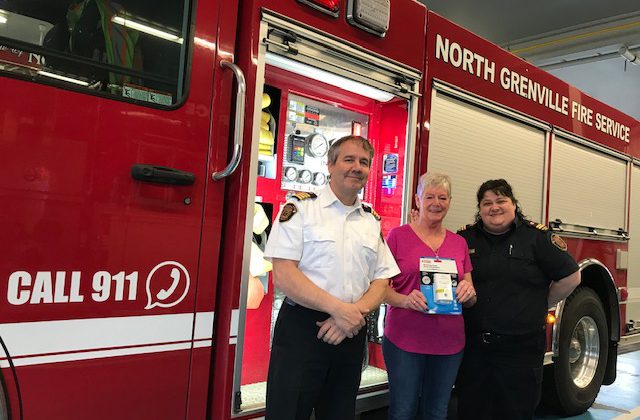 Susan Klimchuk, who lives on Beach Road, says she arrived home around 3:00pm on March 5 to find her alarm system activated. She noted the CO detector is connected directly to the system and picked up on the potentially lethal gas.

Klimchuk called 9-1-1 and the North Grenville Fire Service responded, using gas meters to locate the source. She explained the firefighters determined the CO was coming from the furnace, which was taken out of service.

Klimchuk says the furnace, installed two years ago, was never converted from natural gas to propane. She noted all kinds of mistakes were found with the installation.

Klimchuk explained that if this had happened at 3:00am, she may not be around to tell the story.

Shannon Armitage, Fire Prevention Officer, says 11 people in Ontario die from CO poisoning every year. She noted its very preventable and CO alarms should be located outside every sleeping area. Armitage explained that symptoms of CO poisoning include nausea, dizziness, fatigue and headaches.

Deputy Fire Chief Randy Urslak says CO calls are very serious and more common than people may think. He noted another recent incident involved a young family on River Road, who just had a hot water heater installed that day. Urslak explained the company that installed it didn’t vent the pipe outside of the house, so when it turned on, the gas went directly into the home.

He says a 10-year-old CO detector, buried under stuff on the kitchen table, was the difference between life and death.

Klimchuk is encouraging everyone to have CO detectors in their homes and to call 9-1-1 if the alarm goes off.