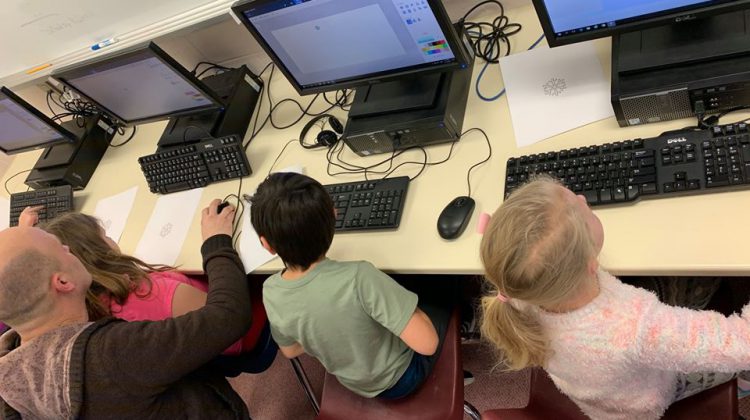 Oxford-on-Rideau Public School is equipping its students for the future. Kids in grades three to six are taking part in monthly HTML coding sessions.

Brent Lekx-Toniolo, who runs the Oxford-on-Rideau Tech Club, says the initiative started in 2017 with block based coding and creating 3D models. He noted some of the older students approached him about learning real code, so he introduced them to HTML last month.

Lekx-Toniolo says the goal is for each student to create their own web page. He noted they’ll cover the basics, such as changing the background colour and adding links to other pages.

The students will also create the content, including a few sentences about anything they want that doesn’t give the end reader enough information to tie it back to them. He explained part of the course is learning to really think when you post something online.

Younger students at the school are also being exposed to the tech world, through 3D modelling and printing. Lekx-Toniolo noted the kids have to be fairly proficient readers to grasp the text based coding. He says it’s important for kids to learn coding to address the monstrous shortage of people in the tech sector.

Lekx-Toniolo explained if kids are going to be behind a screen, they should be doing something constructive instead of mindless.

For more information, check out the Oxford on Rideau Tech Facebook page.