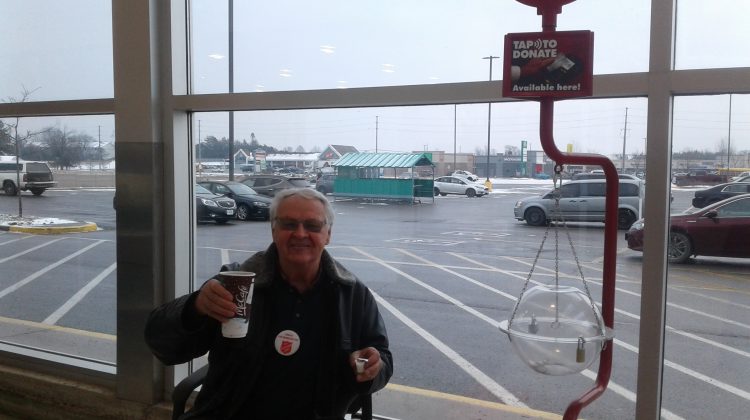 Pictured, one of the volunteers manning the kettle at Food Basics during the campaign. (Supplied by Lynn Dolliver)

It was the best year ever for the Kettle Campaign. The Kemptville Salvation Army raised $97,000 this year, crushing its $90,000 goal.

The campaign launched on November 15 and wrapped up on Christmas Eve.

She says the Salvation Army is overwhelmed by the generosity of the community.

Dolliver noted the Kettle Campaign wouldn’t be possible without the support of volunteers.