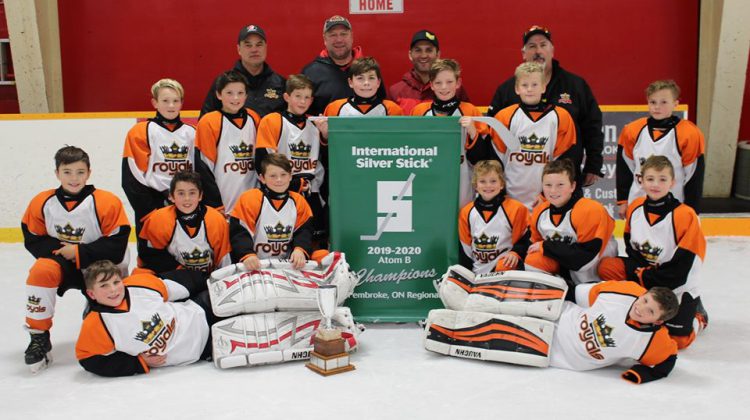 The Kemptville Royals Atom Rep B team has a shot at the International Silver Stick. The team won the Regional Silver Stick tournament, held in Pembroke earlier this month. The Royals will compete at the North American Finals in Forest, Ontario in January.

There are 15 players, aged nine and 10, on the team. Some of the players were on the local team that won the International Silver Stick Championship last year. It was the first time, dating back to 1976, that a Kemptville Atom team won the title.

Team Manager Alison Woodland says the boys are doing really well this season, with only one loss under their belts. She noted the sky’s the limit and the players are all very competitive. Woodland explained it’s going to be a tough tournament and could go either way.

She says the team is fundraising to help cover the cost of going to Silver Stick. Woodland noted the team is selling Royals pins and running a raffle.

To purchase a pin or raffle ticket, contact Woodland by emailing royalsatomrep2019@gmail.com.