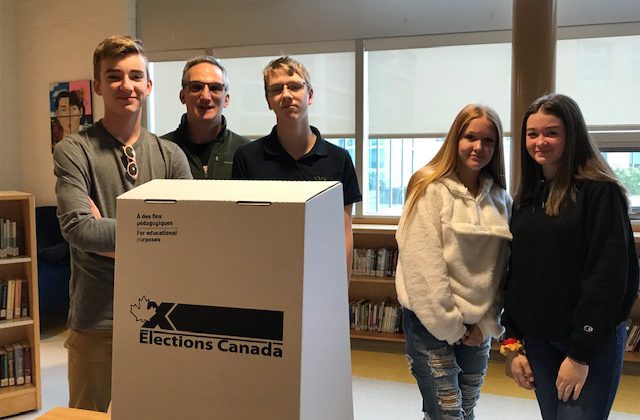 Teacher Sean Souter says all materials, including ballot boxes and voting screens, were provided at no cost. He noted the votes will be tallied and sent back to Student Vote, which will release the results on election day (October 21).

Local candidates running in Leeds-Grenville-Thousand Islands and Rideau Lakes were invited to come speak to the class, so students could make an informed decision.

Students Fiona Wheatley, James Plummer, Liam de Jong and Julia McIntosh say it was an authentic election, complete with ID checks and security to make sure voter privacy was respected.

Wheatley and McIntosh explained it was a valuable experience. They both noted a keen interest in politics. The students stated they’re looking forward to being old enough to vote in future elections.