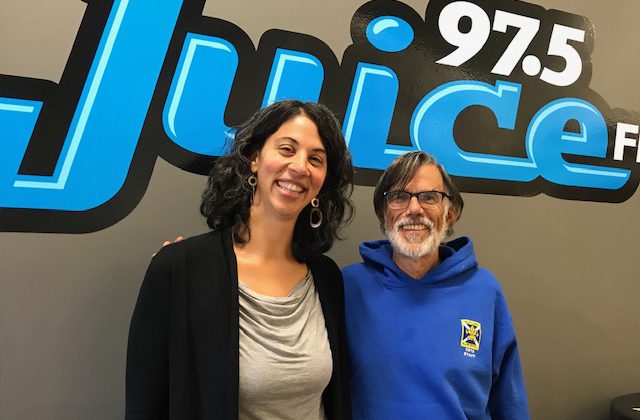 Blithe Spirit is being brought to life by the Kemptville Players. Performances run from October 24 to 27 at the North Grenville Municipal Centre. Tickets are $20 each or $50 for the dinner theatre on Saturday, with proceeds going back into future productions.

Director Darrell Nunn says the comedy was written in the midst of the blitz and carnage of the Second World War. He noted author Noël Coward was concerned about writing a play about ghosts and death during the war. Nunn explained his fears were unfounded and Blithe Spirit became the longest running comedy up to that time in England.

Actress Bradlee Zrudlo says the play is about an author named Charles who wants to write a book about a homicidal medium. She noted he holds a seance to get material for the book and calls back the spirit of his first wife. Zrudlo plays Ruth, Charles’ wife, who can’t see or hear the ghost. She says it’s a real riot.

Tickets are available at B&H Grocer, Business Strategies, the municipal centre and at the door. For more information, click here.