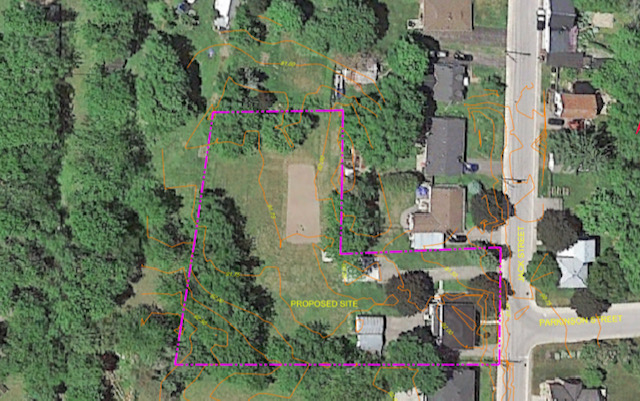 The site plan agreement for the affordable housing project on Jack Street was recommended to council last night. (Supplied)

The site plan agreement for the affordable housing project on Jack Street is moving forward. An updated site plan was presented to Committee of the Whole last night.

The project, spearheaded by Community Living North Grenville and Lockwood Brothers Construction, features 11 units. There is an existing duplex on the property, located at 224 Jack Street, and the plan is to build 9 new homes in 3-unit blocks.

A public meeting to rezone the property was held in March and neighbouring residents raised concerns, including drainage and privacy. A holding provision was put in place to address 17 site plan related issues at that time.

Director of Planning and Development Phil Gerrard says the site plan still needs to be tweaked before signing off on it. He noted the proposed underground garbage bin presents an issue.

Gerrard explained the developer is looking at excavating nearly a meter into bedrock, which is not recommended. He says there is also some issues with the photometric (light pollution) study.

Entering the agreement was recommended to council.