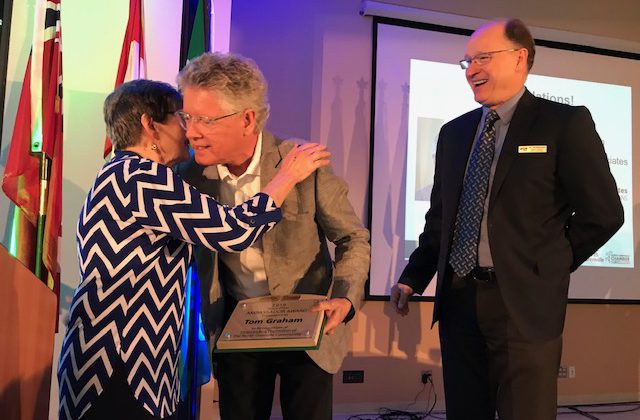 Local business owners were honoured at the 2nd annual North Grenville Breakfast Banquet. The event was held this morning at the municipal centre. The North Grenville Chamber of Commerce partners with the Municipality of North Grenville to host the breakfast.

The first award was Innovative Business of the Year, which went to Anne Walsh. She runs Art & Soul and is also a published author. 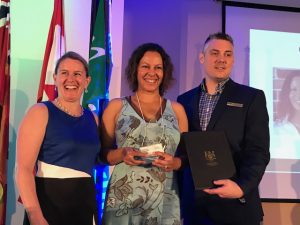 The second award was Female Entrepreneur of the Year. Natalie Castellas, who owns Catered Affairs at the Kemptville Campus, took home the prize.

Male Entrepreneur of the Year went to Rob McNamara of KrisAlis Inc. 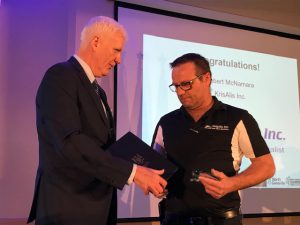 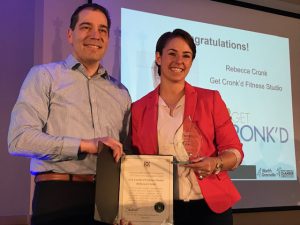 Karen Quigley of Saltastic won New Business of the Year. 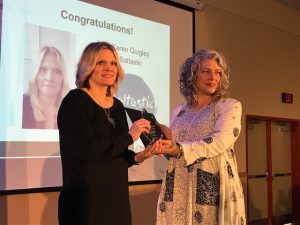 The Young Entrepreneur of the Year Award went to Alexis Earl from First Stop Tool Rentals. 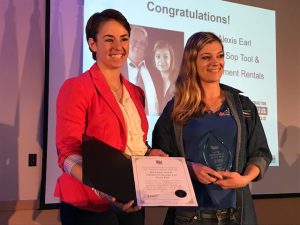 Earl says she couldn’t be more proud to be in the industry, which is definitely still male dominated. She says it’s given her so much confidence.

The new Lifetime Ambassador Award was presented to Terry Butler, who passed away in 2017, in honour of his work in the community. The award was accepted by his wife Josie. 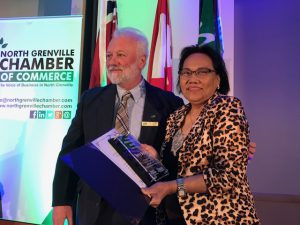