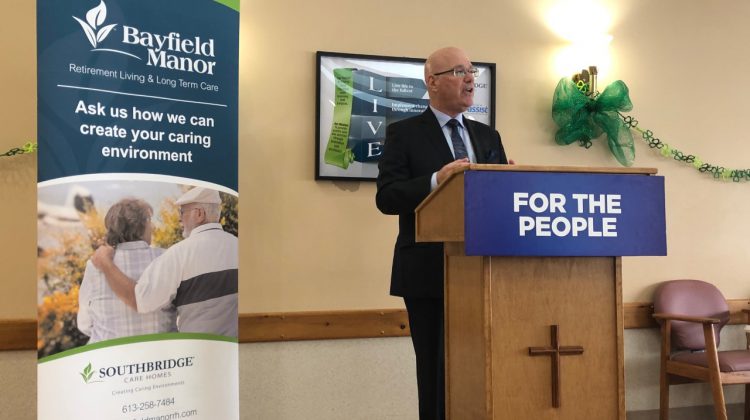 Clark says one of the key commitments the government made was to end “hallway healthcare.”

The addition will help ease the pressure at Kemptville District Hospital with the expansion doubling the resident capacity in Bayfield, according to Clark.

McIntosh says everything will be brand new when they’re done.

“What we hear continuously from families is please don’t move us, we don’t want to move. Rather than moving residents around, what we’re going to do is, we’re going to build an expansion. Move the residents from the existing home into the brand new facility and then renovate or rebuild the existing facility.”

McIntosh adds this will be an almost three year process and they hope to begin late 2019 depending on development agreement approvals, which McIntosh says they believe is imminent.