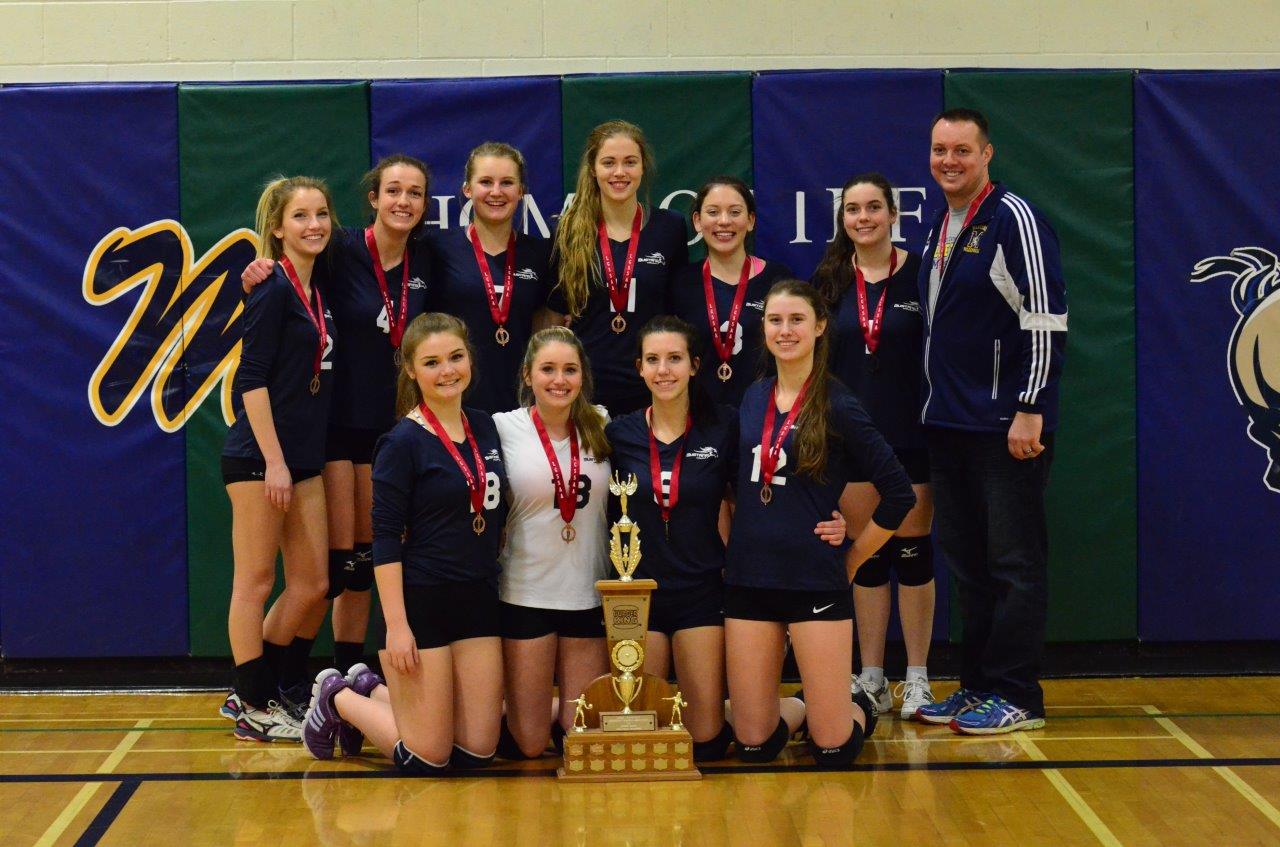 The St. Michael Mustangs are celebrating as both senior and junior teams advanced to the Eastern Ontario championships. In senior action the St. Michael Mustangs faced off against St. Mary in a best of 5 championship final. The Mustangs dropped the first set 25-20 before bouncing back and winning the next two sets 25-17 and 25-14. The Crusaders kept fighting and won the 4th set 25-22 to force a 5th and deciding set. After being down 11-10 strong serving from Brooke Cornel turned the momentum and the Mustangs pushed back to win 15-12 and win a 6th consecutive LGSSAA title. Sarah Benoit led the team with 14 kills in the match. Strong passing from Ally Kingsbury and great setting from Brooke Cornel led St. Michael to victory. The senior girls look to proudly represent St. Michael in the OFSAA qualifier February 25th in Casselman.